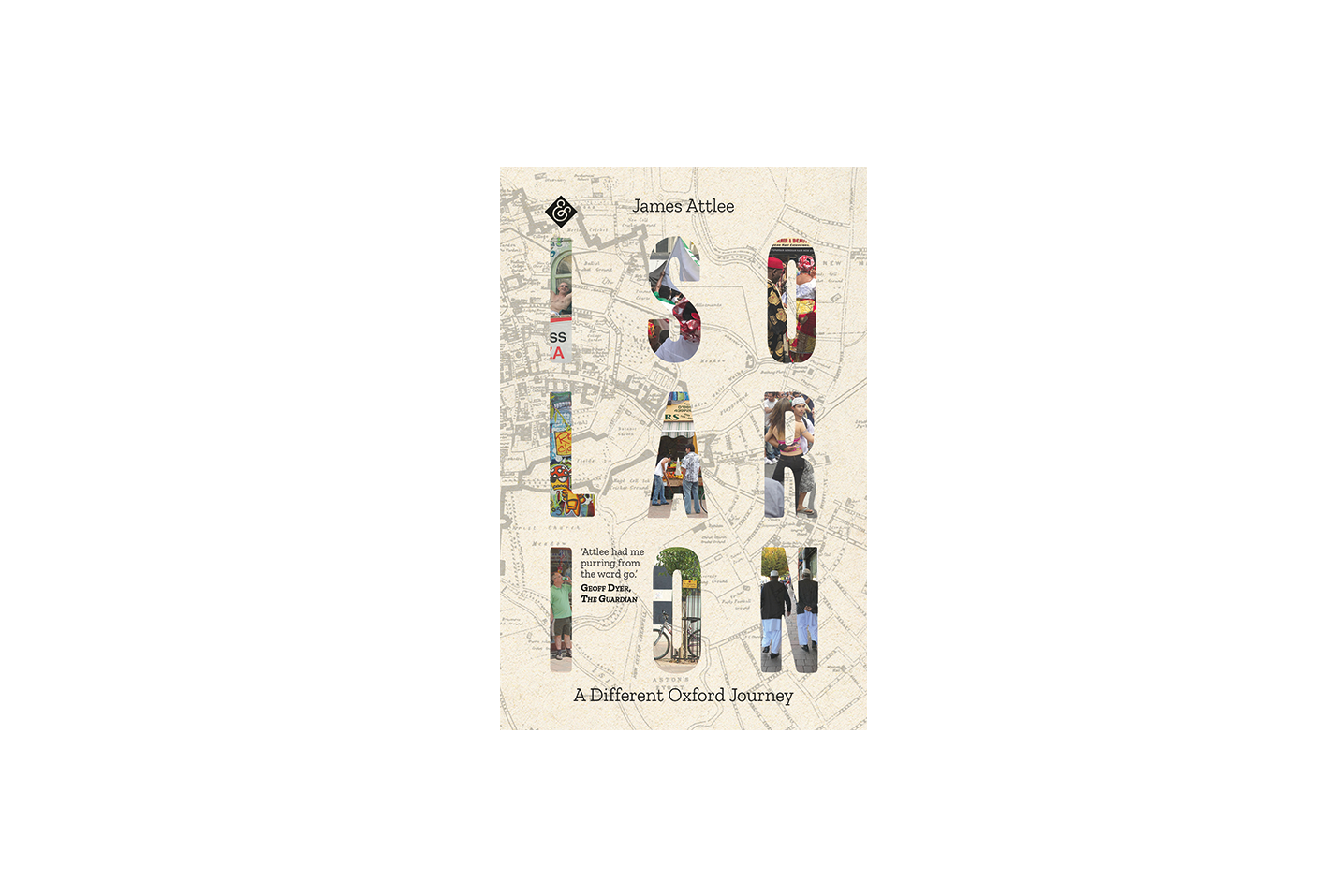 You may have noticed Isolarion when it was first published in the UK by the University of Chicago Press in 2007 in hardback. That’s when Geoff Dyer wrote a rave review in the Guardian, which drew the book to Stefan Tobler’s attention, and which now appears as the book’s afterword. Stefan’s always loved it, so when the paperback edition by a UK imprint of a multinational went out-of-print, he was honoured to be approached by James Attlee to re-issue it.

Here’s some of what Geoff has to say about it:

The fact that it’s a book about Oxford is off-putting (I mean, who gives a toss about Oxford?) and alluring in equal measure. If he could write about this city and make it compelling, wouldn’t that be a greater tribute to his authorial prowess than if he’d written about Mogadishu? The subtitle promises ‘a different Oxford journey’, one confining itself to the Cowley Road in east Oxford. The attraction, for Attlee, is that the Cowley Road ‘is both unique and nothing special’; the resulting book is unique and very special.

He had me purring from the word go, from the bravura opening in which he reels off the ways in which the urge to make a pilgrimage becomes too insistent to ignore. Acting on this impulse ‘you consult an astrologer or a travel agent, close up your house, give instructions to your servants, smear your forehead with ashes, slit the throat of a quiescent herbivore’ before heading off to ‘tented cities and smoky campfires on the banks of great rivers’. In his case the great river ends up being the homely Cherwell. Lumbered, happily, with a family, a house in east Oxford and a job in London (he commutes, poor guy), Attlee opts for a purely local pilgrimage, an investigation of the neighbourhood he is pleased to call home.

Alain de Botton had a bash at this at the end of The Art of Travel, trying to see with fresh eyes the same part of London – Hammersmith – that had become, as Alan Hollinghurst put it in The Spell, ‘worn half-invisible by use’. De Botton had Xavier de Maistre’s Journey Around My Room as guide; Attlee has an 1857 edition of Robert Burton’s compendious Anatomy of Melancholy, a model that makes a virtue of digression and arcane accretion. Not that there is anything musty or antiquarian about Attlee’s interests or approach: Walter Benjamin, Fernando Pessoa and Michel Foucault all accompany him on this trip, part of the fascination of which is to see this corner of an unforeign field through the eyes and intellect of a pan-European sensibility.