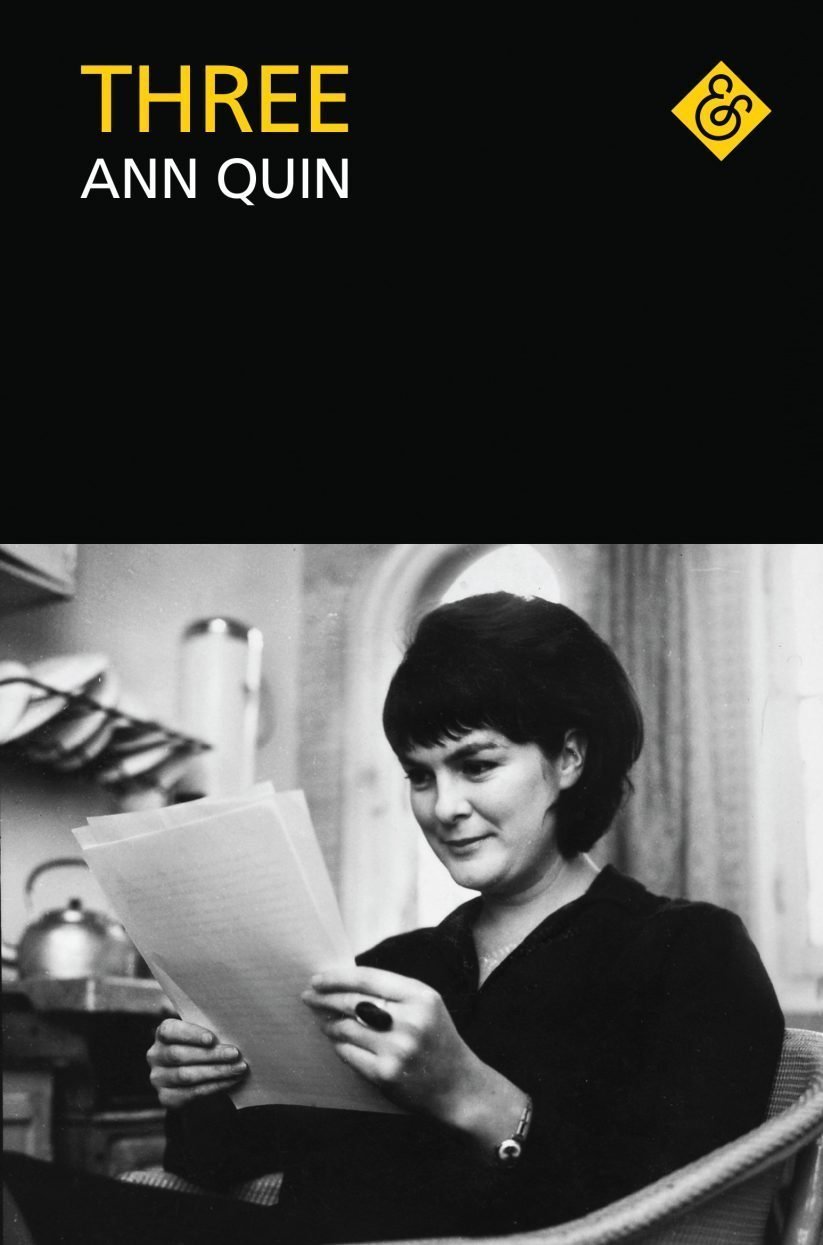 'The amount of wit and beauty Three finds in its own uncertainty makes it one of the most compelling novels of its time.'

‘Exquisitely written from the first page to the last.’

‘An intriguing and successful novel, and remarkably contemporary in its stylistic sophistication.’

‘I suspect that Ann Quin will eventually be viewed, alongside BS Johnson and Alexander Trocchi, as one of the few mid-century British novelists who actually, in the long term, matter.’ Tom McCarthy

‘Quin's militant refusal to compromise flavours her writing: you either take her on her own terms, or not at all. Richer and stranger than the satisfactions of mainstream fiction.’ Jonathan Coe

‘Quin understood she was on to something new.’ Deborah Levy

‘One of our greatest ever novelists. Ann Quin’s was a new British working-class voice that had not been heard before: it was artistic, modern, and – dare I say it – ultimately European.’ Lee Rourke

‘Ann Quin is a master painter of interiors, of voices that mosaic as they catch the light at strange, stirring angles.’ Chloe Aridjis

'Quin works over a small area with the finest of tools. Every page, every word gives evidence of her care and workmanship.' New York Times

‘Despite ongoing rumours of a BS Johnson revival, I feel our attention could be more usefully directed towards Ann Quin.’ Stewart Home, in 69 Things to do with a Dead Princess

‘The most naturally and delicately gifted novelist of her generation.’ The Scotsman

‘Rare enough is a book that begins by stating its intention—rarer still one that proceeds to do seemingly everything it can to avoid following the path its intention has laid.’ Danielle Dutton

‘Quin was a writer ahead of her time.’ Publishers Weekly