Home Ampersand Book Tip of the Month: The Feeling Sonnets by Eugene Ostashevsky 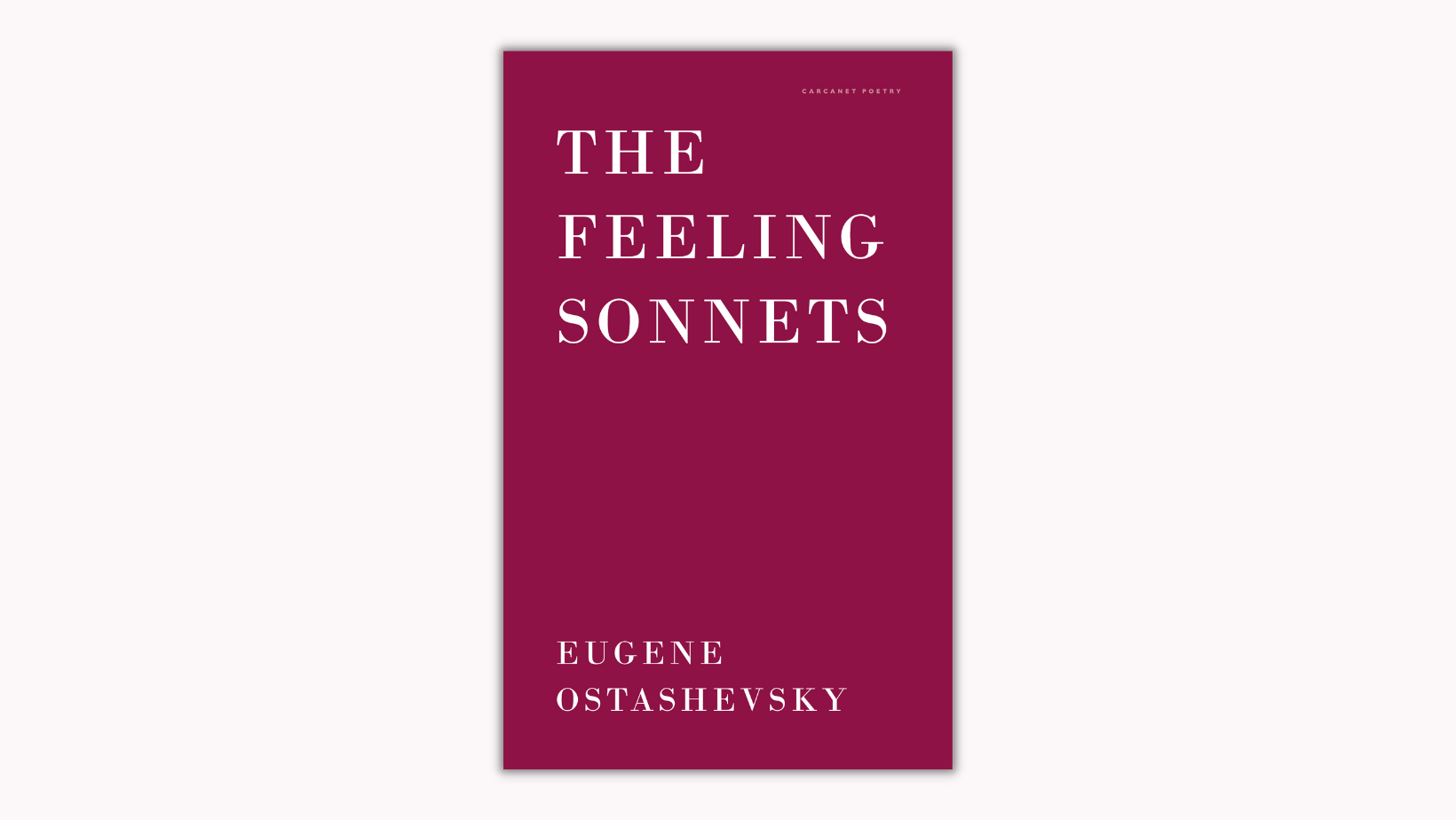 The Feeling Sonnets is playful, witty, wise and not a little batshit crazy. The poems trip along gleefully from one rejigging of our language to the next, giving insight as they query:

Is belonging a possession.

Whose possession is it. Who is possessed.

How do you spell you.

Or is belonging a relation.

Is belonging a relation of longing.

Is the one it belongs to the one that it longs for.

It would be you.

Must belonging end with longing.

How long is longing.

Ostashevsky is a poet who was born in Russia (in today’s St. Petersburg, which at the time was Leningrad), grew up in the U.S. and now lives partly in Germany and partly in the U.S. He lives multilingually, and a blurring of languages is a creative force in his poetry. He adds notes of explanation at the back of the book for some of the multilingual puns and non-English words, but you can read the poems without them too.

The first sequence is ‘The Feeling Sonnets’ itself, and it looks not just at the speaker’s feelings but also at the struggle of language to even convey feelings:

Can we name feelings and do they respond to their name.

Also if a feeling responds to a name does it correspond to the name.

Or is it to respond to a name to correspond to it in part and in part to part from it.

Or is correspond what it takes two to, when not there to give one another hearing.

As you can imagine, it’s a tricky topic: ‘Making sense of a feeling is like building a boat from water’.

The second sequence is ‘The Fooling Sonnets’, often about his daughters, who are growing up speaking German in Berlin in a spring when ‘Love is agape. Each bird a herald jargoning the coming coming of summer.’ The third sequence, ‘The Feeding Sonnets’, sees the poet return to Russia on a reading tour, and is also about the siege (by the Germans) of Leningrad, where from 1941-44 a million Russians died:

Die Siege in German is the plural of der Sieg, which means victory.

Our siege means you pull up a chair and wait for the city to eat through its stores and then starve, achieving victory.

The fourth sequence looks at translation and is dedicated to the German poet and translator Uljana Wolf, who, we read in the acknowledgements, has translated many of these sonnets into German, somehow. (I hope Uljana Wolf’s English-language translators bring them back to English.)

The poems are brilliant and clever, but not arrogant. There is a humility to working with what you’re given:

Poetry is when you don’t understand the language.

When you don’t understand, you stand under. You listen.

What you don’t understand is poetry.

This book builds and builds, moving beyond the line to spread like a root system, though admittedly without a root system’s sense of calm. The book turns language over and over with the energy of a washing machine on a spin cycle so fast you are worried it’s about to launch itself into orbit. (I mean that in a good way. It’s exhilarating stuff.)