Home Ampersand There Are No High Heels that Don’t Hurt: A Conversation with Elisa Victoria, Author of Oldladyvoice 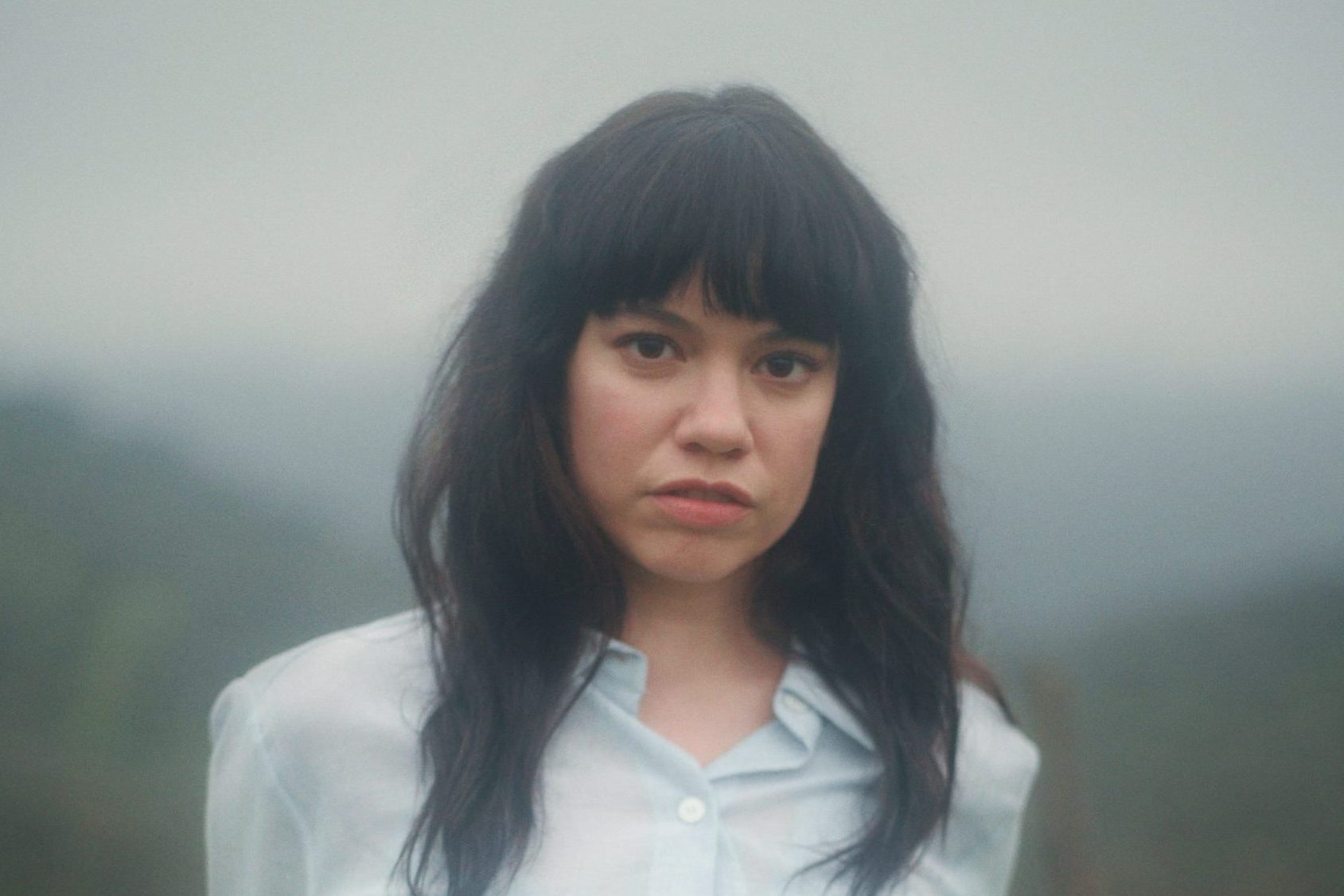 Elisa Victoria realised at a young age that reading and writing brought joy to her life, even, she says, saving her in some way. Now, she brings us Oldladyvoice (coming from And Other Stories in October), a vivid take on the coming-of-age-novel told through the eyes of Marina, a fiercely perceptive nine-year-old spending the summer with her grandmother.

In an essay about finding Oldladyvoice, translator Charlotte Whittle notes Victoria’s brilliant, inventive style and calls Marina “one of the most refreshing and delightful voices I’ve come across in a long time. (Her) inner world and her powers of observation are sophisticated by any standard, and she communicates these with a wit and eloquence that make her unfailingly excellent company as a narrator.” In a book by turns hilarious and poignant, Whittle says Oldladyvoice “left a smile on my face long after I’d finished reading.”

In this interview, Victoria discusses the creation of the precocious Marina, shares the books that have inspired her, and explains why there are no high heels that don’t hurt.

Have you always wanted to write? What was your journey to becoming an author?

As a child, I used to daydream about studying medicine or about being an illustrator, but even at that age I used to enjoy making up stories, and I wrote some of them down. By adolescence, I realised that reading and writing were the things that gave me the most satisfaction, and that literature was the most comfortable, enjoyable and meaningful space for me. Since then, I suppose there have been some key moments: entering writing competitions at school; starting to write a blog at the beginning of my twenties; the publication of my first book, which made me feel like an official author; and the recognition that my third book, Vozdevieja (Oldladyvoice), received. But those moments are more to do with external perceptions; inside I feel more or less the same when I write as I did when I was thirteen – saved in some way.

How did you find the experience of working with Charlotte Whittle, who translated Oldladyvoice into English for And Other Stories?

It’s been a very enjoyable, beautiful and fluid experience. When I read her early drafts, I felt that my writing was being understood and adapted perfectly, something I didn’t think would be easy to do since it’s full of colloquialisms and slang phrases. Charlotte knew exactly how to bring everything to the level that the text needed, and when there were things she was unsure of, we worked together to figure them out. I feel that the novel has been treated with a lot of respect. It’s tremendously satisfying and enjoyable to see one of my books in English for the first time. It feels like a huge step forward, as though the words have more value now that they’ve been translated by Charlotte than they did when I wrote them. It’s hard for me to get my head around, and it often makes me laugh when I think about it.

Many of our early readers told us that they recognise themselves in Marina, the book’s narrator. What do you think it is that makes her so relatable?

I suppose it’s because it’s often easier to connect with the universal when you start with the personal. I think that when a story or a way of thinking are as specific and intimate as Marina’s, there can be a very direct and profound link, regardless of the distance in time and space between us; at least, that’s how it seems to me as a reader. I think it’s also because there are not as many complex representations of childhood in literature as there are of other periods of life, and so they are valued more highly. Regardless, I don’t think it’s necessarily important for readers to identify with characters. It’s not crucial for a rich experience.

Marina is presented very differently to how most adults perceive nine-year-olds. She is fiercely intelligent, perceptive and neurotic, with a very mature inner voice. Do you think that we underestimate how deeply children think?

I think we very often do. Many adults aren’t aware that children are capable of observation and reflection, even though they sometimes don’t have the vocabulary or the confidence to express themselves. When older people treat children as though they are stupid, and children go along with it, what is usually happening is that the children realise that it is the adults who are stupid, but they perform their assigned role out of convenience or because they’ve resigned themselves to it. I tried to give Marina all the linguistic tools I had at my disposal to bring about a sort of translation of feelings and perspectives that might belong to a young girl, with a direct and quite simple tone that would keep the youthfulness and purity of her age.

One of the things that makes the book so engaging is Marina’s very special relationship with her grandmother. Why do you think grandchildren and grandparents tend to have such a strong bond?

It doesn’t always happen – there are many stories of cold, distant and bad-tempered grandmothers and grandfathers – but there is usually a tendency towards mutual understanding between children and elderly people because of their situation, slightly apart from the supposedly more important world of productive adults. They usually have different priorities from the adult world centred on efficiency, and they often coincide in that marginality. There is also the feeling of being at extreme points of life – the beginning and end – which can give them a kind of existential bond. Both are aware that the relationship probably won’t be as long-term as others, and that makes it more intense, more valuable. It’s also possible that grandparents have had time to reflect on a lot of things, and so they are able to offer their grandchildren a more refined version of themselves.

Marina says: “If I could only be grown up, and get away from all this confusion. The life I’d choose would be black and white, and I’d have the kind of high heels that don’t hurt your feet.” What did you most look forward to as a child about being an adult?

Childhood for me was a very secretive and violent period. I wanted the freedom that comes with becoming an adult, and it seemed extremely important to me at that time. I was imagining that I would enter the adult world elegantly and bloom in some way. I fantasised about becoming an expert in one of the areas I was interested in – being a good doctor or a good artist, for example – but there was nothing I thought about more than how much I wanted to have sexual and romantic experiences. I was completely preoccupied with it. Because of that, I was very concerned with what my physical appearance would be like in the future; I realised how much it affects you and how much pain not fitting in with the established beauty standards can cause, how much extra effort you have to make. I wanted things to go well for me, which meant being beautiful, clever, having money, style, a full social life, flings, romances, so much sex you get tired of it. So I was quite similar to Marina in that way. I liked to imagine arriving into a world that was much easier and lovelier than it actually is, and sliding into it with the benefit of a type of magical high heel that doesn’t exist.

There are no high heels that don’t hurt. Some might hurt more or less than others, but they all hurt. The people wearing heels are going through pain, transforming it, ignoring it, hiding it, making it look easy. The whole system is like a really high heel that looks great from the outside, but inside it is giving you blisters and deforming your bones.

What are some of the books you have enjoyed, or that served as inspiration when writing Oldladyvoice?

The Wine of Youth by John Fante and A Child’s Life by Phoebe Gloeckner: both really inspiring and helpful when I was writing Oldladyvoice.

The Hour of the Star by Clarice Lispector (translated by Benjamin Moser) and The Book of Disquiet by Fernando Pessoa (translated by Richard Zenith): two favorites of mine, I always come back to them.

Nuestra parte de noche [Our Part of the Night] by Mariana Enríquez, A Man’s Place by Annie Ernaux (translated by Tanya Leslie), and The Wall by Marlen Haushofer (translated by Shaun Whiteside): some of the books I have enjoyed the most recently.

If you want to read these titles, you can pick them up via Bookshop.org, here.