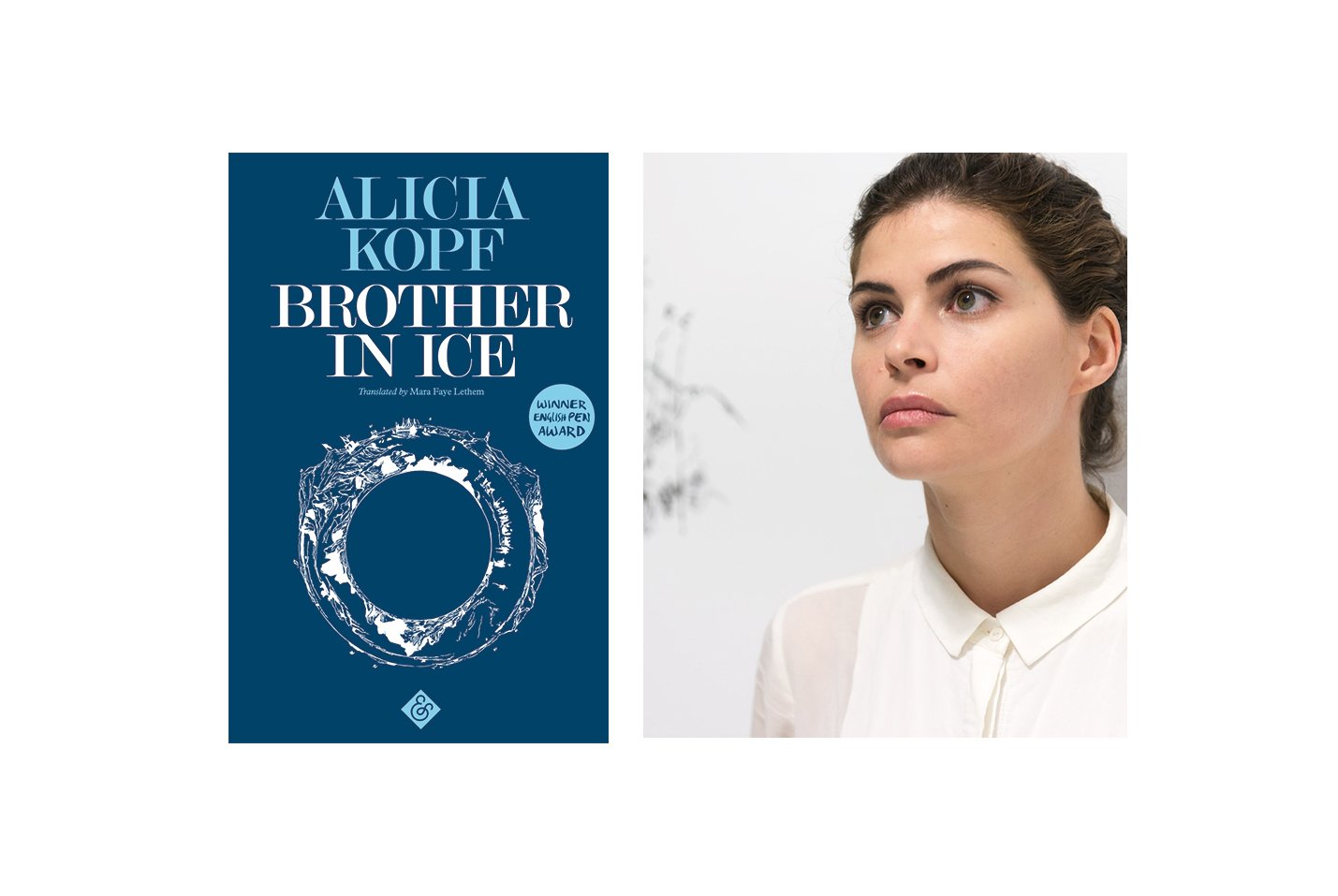 The author Nancy Campbell wrote a public letter to Alicia Kopf, our author, earlier in the coronavirus lockdown, and here Alicia Kopf replies:

Thank you for your beautiful letter and for thinking of me in these times. I hope you and your partner are well and in good spirits. Now that the curve is flattening in Spain and no one I know is sick with coronavirus, my writing flows better. Since you haven’t been to my home in Barcelona, I will give you an overview of it à la Xavier de Maistre in Voyage Around My Room, a book written in 1794 under house arrest.

I have 187.5 cubic metres of clean air; a renovated apartment with fifty square metres and high ceilings. It has a small balcony with space for one chair. My flat is located in the Dreta de l’Eixample district in central Barcelona. It has access to a large and bright inner courtyard with terraces with well-kept gardens. The block is an old property of the crown, and the apartment is modern and well located. I rented and furnished it all without help. There is no claim to independence in this, getting things alone is tiring and I prefer to share. The sea is close by, about a twenty-minute walk. It gives me peace; the sea reminds me that there are limits to what can be built. Some years ago, when I wanted to conquer things because I had no home, I would have said that I ruled over this piece of world. Now it seems more appropriate to say that I have a balanced relationship with this territory; it is porous and it’s not mine.

For the past three years, I have been invited to the major capitals in the Western world, South America, Australia, and India to promote Brother in Ice. I have travelled a lot. Since I had not been able to afford intercontinental flights and five-star hotels before the publication of this book, I was excited. After years of writing and research, I wanted action, dance, people. I wanted the world. I was looking for something that, in the end, was not enough for me. I was ultimately looking for love, which I often confused with my work. And as I’ve been looking for it the wrong way for the last few years, it’s been given to me in the same way.

The logic of consumption is the way we often relate to people, especially if you are publicly exposed. I ended up depleted.

Just after our talk about The Library of Ice at CCCB (Centre de Cultura Contemporània de Barcelona), I started a voluntary self-confinement to work on my next book. I joked with my friends, saying I was in quarantine. In March, the national state of emergency found me already prepared: all medical checks passed, house clean, seeds planted, pantry full. This confinement found me with new space for head and heart. A situation of great privilege compared with the pressure on other bodies and homes. 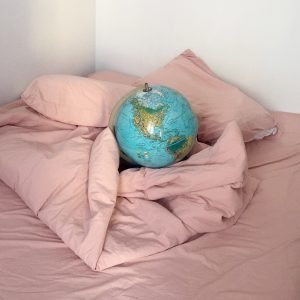 I made this picture thinking of the Greenlandic word that you taught me: ‘mamiasarpaa’, she heals the wound, or: she lulls a child to sleep.

Global confinement has abruptly halted the general state of hypermobility, including on a personal level. Freedom to travel, as you point out, is over, and we don’t know for how long. Would we give up a piece of freedom to protect everyone’s health and keep the air clean in the long term? My answer these days is that personal freedom should have environmental limits. It remains to be seen where governments will focus, whether on public health investment and environmental repair, or on digital control and a return to nationalism. We need to be alert and very aware of our consumer choices.

I remember the lessons of the lost polar explorers; I read them to get through the effects of the 2008 crisis and they were the origin of Brother in Ice. As Shackleton’s experience with the Endurance recalls, in the face of a state of drift, uncertainty and freezing, we need discipline, courage, and imagination. In Spain, due to a cultural tendency but also due to the lack of direct government support for young people, families often help and support their adult children. The state saved the banks, and the families, if they could, saved their offspring. Now I wonder who the governments will save first.

As we deal with the threat of an invisible newcomer, the genre that gives me the most useful interpretive framework these days is science fiction. Going out on the streets has become disturbing (and somehow exciting if it’s sunny). And so has returning home. When I do, I feel like an astronaut entering a spaceship. I carefully leave my clothes at the entrance as if they were radioactive. Once inside, the procedures of washing my hands and retracing my steps to disinfect everything I might have touched, reminded me of the film High Life, in which one astronaut practises scrupulous hygiene and strict management of his resources. Thanks to that, he survives.

Beyond dreams, which is where most of us take shelter, confinement reveals our realities: this is you, this is your home. Some have been surprised to find that nothing has changed for them. Others have suddenly found themselves confined with their partner and have had to accept whatever the situation is. Your bank account has whatever you could put in it. No exit to the common ground, the street. We find ourselves in the mosaic of confined faces, looking out the window at an exterior that only shows interiors. An inward expansion into often distressed faces.

For seven weeks we weren’t even allowed out to exercise. The collective dream of the city disappeared, turned inside-out like a sock, turned into the shape of isolated faces in a mosaic on the computer. Cities, now, are invisible to us. Through the window I could see neighbors running in circles on rooftops.

A market of caged wildlife 9,400 km from here has taken us into captivity. At what point did we dare to think that we are above the ecosystems, that we have power over the microscopic?

The infra-ordinary has taken the place of great events: in my silent flat the beating of my heart has grown, run away with the exponential number of deaths. I call some relatives with a banal excuse, I do it to remind them that I love them just before I hang up. I don’t want anything left unsaid. Ice skating rinks have been converted into mortuaries in Madrid. From now on, the shadow of those who rested there will accompany the skaters’ pirouettes. The silent deaths that proliferate these days; ashes received at home, sent by post.

Through the window, I looked every day at the circle of earth where I had planted the daisy seeds. They have germinated now. Dust bunnies are also reborn in the same corner as always, and so, too quickly, are dirty dishes in the sink and wrinkled sheets on the bed. So too is my work of putting things back in place. Everything that happens these days reminds me of the importance of repeating the care that brings order and life back to the world.

After travelling halfway around the world, I still didn’t know my neighbors, and I realise that I never used to lovingly take care of myself. I’ve changed from epic to intimate discoveries. This is one of the lessons I have learned under confinement. One of my neighbors, whom I will call Alfredo, does ballet steps on his rooftop on sunny days to make me laugh. He showed me this aria of La Traviata, “Parigi, o cara”. I dedicate it to you both:

(We’ll leave Paris, my dearest, Together we’ll go through life. In reward for your past sorrows, You’ll bloom into health again. Breath of life, sunshine you’ll be to me, All the years to come will smile on us.)

Your sister in ice,