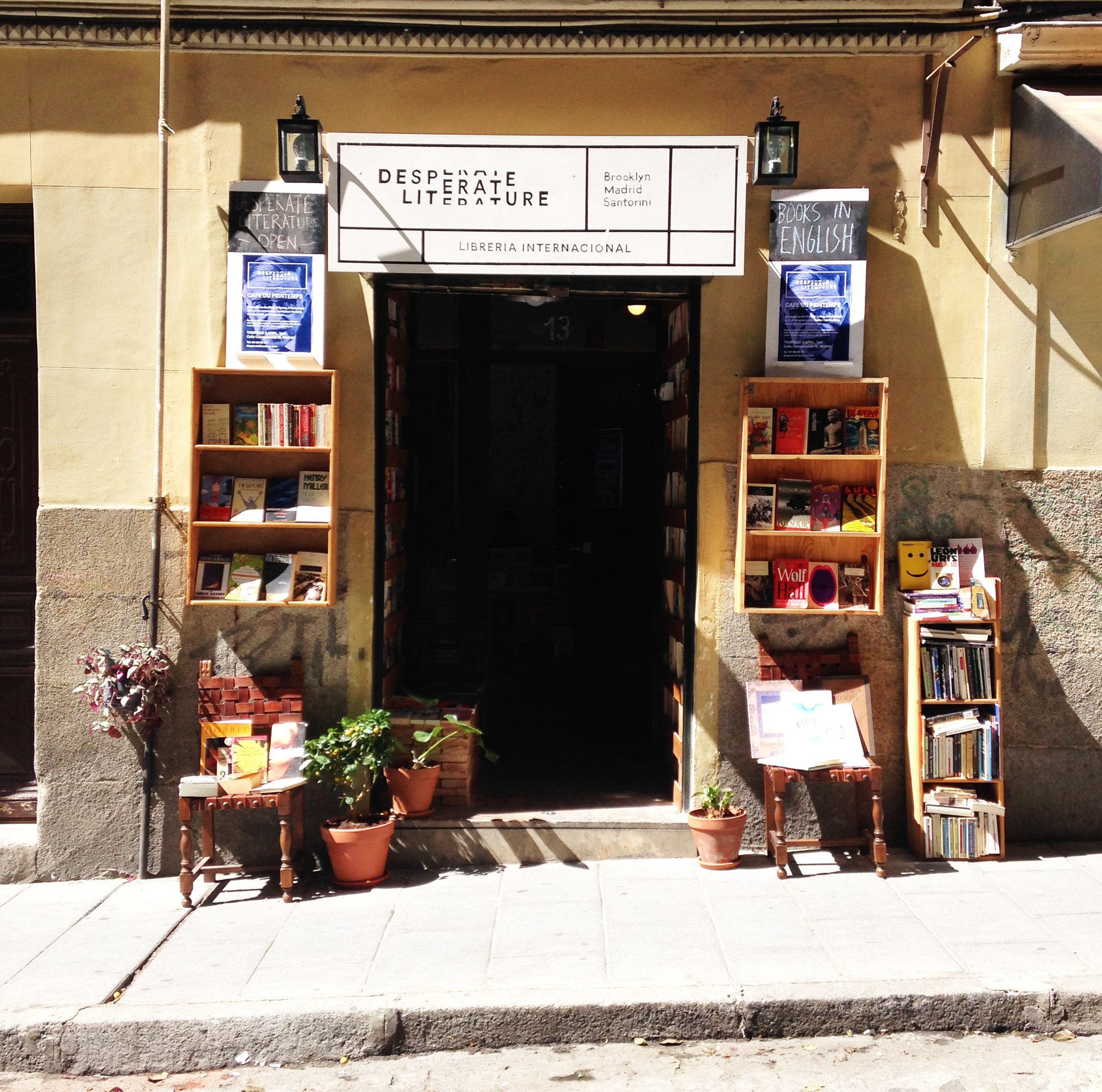 The best way to escape the long, cold days of February is to settle into a great book, it’s even better if you can combine your reading pleasure with the sun and seas of Madrid  – get thee to Desperate Literature! We first got to know the team a few years ago, when they suggested doing an event with our author, Joanna Walsh, on New Years Eve and we knew we had to find out more about the crazy wonderful team who make it all happen, so, we caught up with Bookseller and Co-owner, Terry.

What do you think is special about Desperate Literature?

haha. wow, self aggrandizement off the bat. Ok, here goes: I guess I’d say that we form part of that coterie of bookshops aiming to celebrate literatures and community and people. Selling book like they’re not a static crusty old things to be kept behind glass. Perhaps these places started back in the early 20th Century and then suddenly with the chain bookshops and Amazon everybody feared they were dead, but no, they’re making a come back.  I’d hope we’re one of those places.

We do all the things bookshops should do – serve whiskey, dance during and after hours, have a poetry phone – and we also run events, a poetry festival, and, perhaps what we’re most proud of, a literary prize (open for submissions until March 15th, wink wink). We think it’s pretty neat.

If money was no object, what changes would you make to your bookshop?

Oh, I love this question.

There’s lots of vital and some mundane things like buying the building so our landlord can’t price us out, or like renovating the kitchen and knocking through some walls, making more space for people to lounge around and read (and maybe cook themselves a hotpot), but actually I’d probably focus on the list of ‘silly’ projects I’ve got.

A ‘tacky’ neon sign outside the bookshop, a wooden slide down to our basement (which would be renovated into a little movie theatre, evidently!), an LED scrolling text panel like they used use in wall street (except ours would scroll through books, not stocks). I always wanted to have a doorbell with a rotating set of geeky sounds (ie, the door sound from Star Trek, Dalek sounds, some Harry Potter spells, you know the sort of thing). I’d probably invest in a disco ball.

Not sure my partners would be in for all of that, but a boy can dream.

Well, firstly, DL is comprised of four co-owners, and they need a shout out. Corey Eastwood started selling books in the streets of Brooklyn before opening a number of stores across NYC and, most lately, in Valencia. Corey remains a diehard book hunter and we love that about him; Craig Walzer stands at the head of Atlantis Books on the magnificent island of Santorini and always knows just how to make a place look right; Charlotte Delattre worked in theatre before starting at Shakespeare & Company, where her and I first met. Charlotte is the funniest person I know and too charming for her own good.

I worked at Shakespeare and Company for seven years before doing a little work with the legendary antiquarian book dealer Martin Stone (RIP my friend) and then coming to Spain on a total whim and without a word of Spanish to open Desperate Literature.

I suppose for me it all started there at Shakespeare and Company. The day I walked into the store, back in 2006 I guess, I knew this was home. A community of people reading, writing and falling in love over books. The deal was done.

What’s the funniest thing you ever heard anyone say in the shop?

Somebody once asked for Love in the Time of Gonorrhea. That still gets me, I have to say.

Then there’s the time somebody turned to their partner, while looking at Harry Potter, and said:

“Dragons don’t exist do they? No, don’t laugh, I just can’t remember…”

Only then, about five minutes later, to follow up with what remains one of the best things I’ve ever heard:

“Listen, I feel a bit daft about the dragons thing. Of course they don’t exist: they went extinct with the dinosaurs.”

I love Tentacle by Rita Indiana and we’re whopping fans of Joanna Walsh’s work. We were just given Gerald Murnane by our friend at the English Bookshop in Sweden, so we’re looking forward to that, too.

I’d probably say This is Not a Drill: an Extinction Rebellion Handbook.

A close race between a first edition of The Waves by Virginia Woolf or that Library of America box set of Ursula K. Le Guin’s Hainish novels (it’s a box set, so I’m gonna allow it). 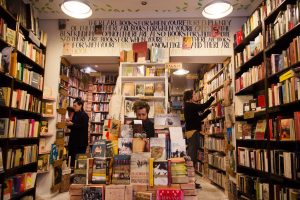 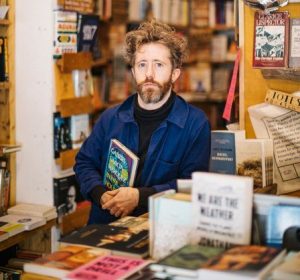