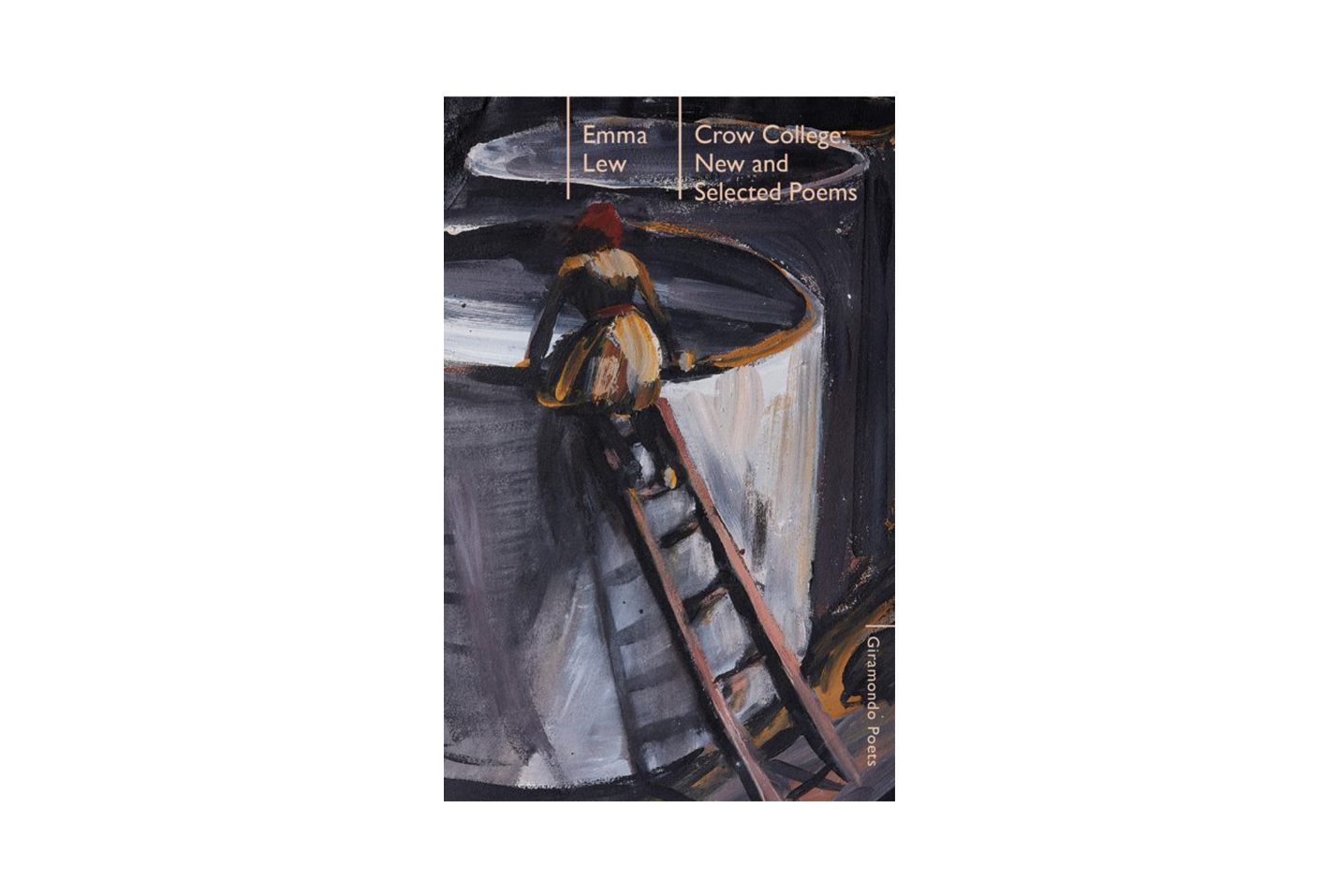 This months book tip of the month is bought to you by prize-winning poet and translator Chris Andrews.

Readers often have second- as well as first-order desires. There are the books we want to want to read because for some reason we would like to be the sort of people who spontaneously enjoy reading [insert title of a well-regarded book you have tried repeatedly to finish]. And then there are the books we actually want to read. And read again. For me, Emma Lew’s Crow College: New and Selected Poems (Giramondo, 2019) falls squarely into that second category. It contains selections from the Melbourne poet’s two previous collections The Wild Reply (Black Pepper, 1997) and Anything the Landlord Touches (Giramondo, 2002), plus a group of new poems: proof that if Lew has written more slowly in recent years, she has not given up, nor has her work has not lost any of the qualities that made it so commanding from the start. Her first lines take you to the heart of the action:

So do the last lines:

Here is my plan. (‘Famous Vexations’)

In between, the poems move with a spooky authority, assembling apparent non-sequiturs against the shadowy background of a hinted-at scenario. There is drama, humour, exaltation:

The whisper of a heavy car.

The darkness of trees and behind the darkness. (‘Afterlife’)

Something about the way you dance

reminds me that I have to sit down. (‘Chernobyl: Small Talk’)

It’s easy for the greedy reader to pass over the titles too quickly, but that would be a pity:

Caught in the Act of Admiring Myself

Shoes of the Morning Star

I have just been reading Crow College again, and I found it gleaming in places I barely remembered. The book can be ordered via Giramondo’s website: https://giramondopublishing.com. For readers in the UK, Shearsman’s edition of Anything the Landlord Touches may be easier to get hold of, and it contains wonderful poems that didn’t make the cut for the New and Selected.