Notice: wpcf7_remove_shortcode is deprecated since Contact Form 7 version 4.6! Use wpcf7_remove_form_tag instead. in /home/andoth96/public_html/wp-content/plugins/contact-form-7/includes/functions.php on line 374

Notice: wpcf7_add_shortcode is deprecated since Contact Form 7 version 4.6! Use wpcf7_add_form_tag instead. in /home/andoth96/public_html/wp-content/plugins/contact-form-7/includes/functions.php on line 374
 Bookshop of the Month: Malaprop's | And Other Stories 
Notice: woocommerce_params is deprecated since version 3.0.0! Use woocommerce_get_script_data instead. in /home/andoth96/public_html/wp-includes/functions.php on line 4924 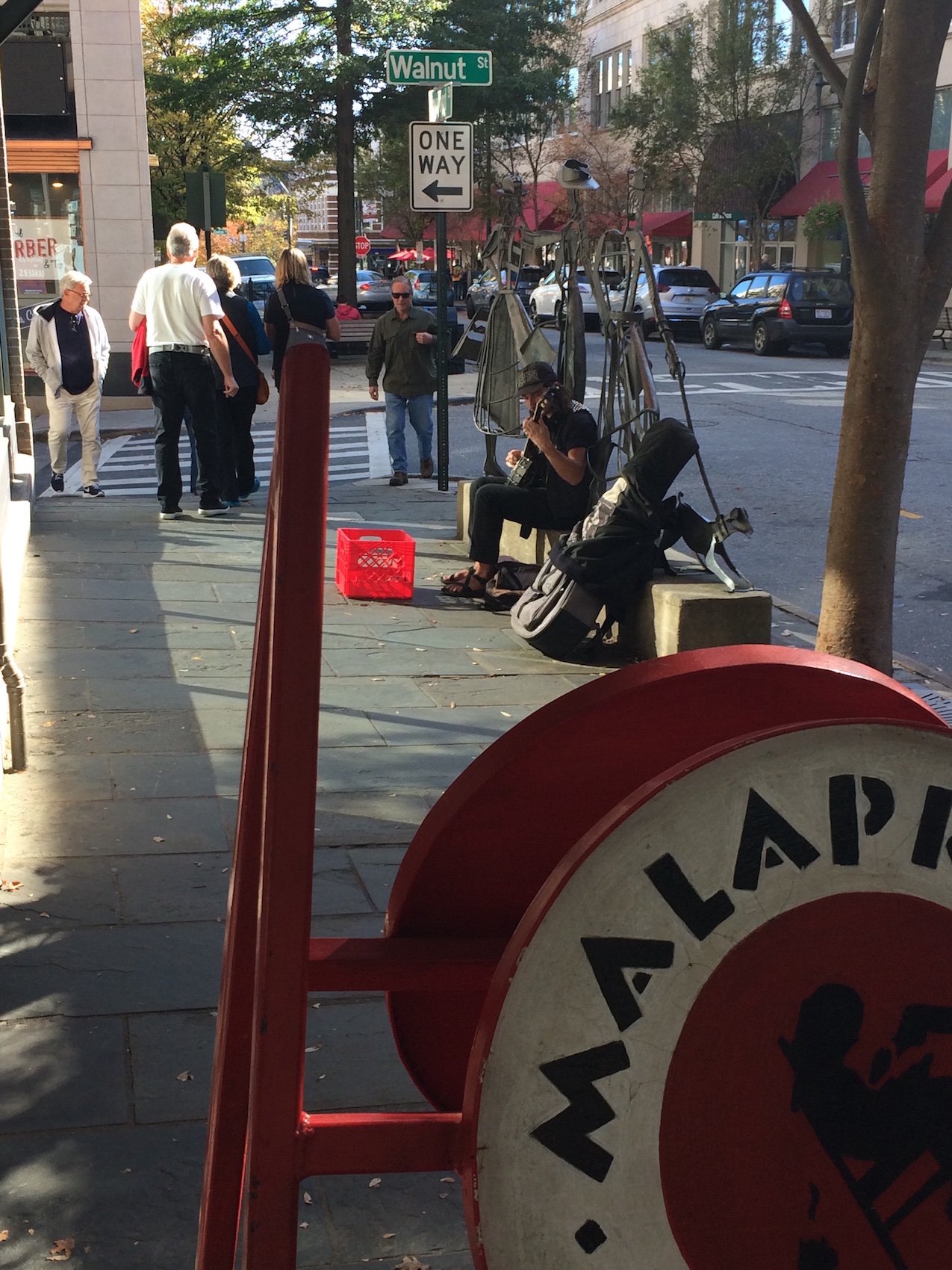 On route to our Consortium reps’ sales conference in Nashville, Tennessee, I visited press and bookstores in NYC, Washington DC, North Carolina and Tennessee. Any of the bookstores could have been this month’s bookshop tip, but how’s this for starters? Malaprop’s Bookstore in the (now) thriving town of Asheville, in the Blue Ridge Mountains. Fellow Consortium-repped publisher Jennifer Baumgardner (of Dottir Press, and formerly the Feminist Press) and I heard its story from Justin Souther, its manager, while a banjo player busked outside. And yes, I do want to go back soon.

Q: What do you think is special about Malaprop’s?

A: We’ve been around for 37 years now, and we continue to build on the foundation laid out by our founder Emoke B’Racz, to, as she put it, “to be the best little bookstore in the land; to enjoy what we do while we’re doing it; and to ensure that bookselling remains a fine and noble profession.”

It’s truly a simple set of goals, and Emoke’s focus on serving one’s community above all else is what we really strive for, and sometimes that’s as simple as putting a good book in someone’s hands. Emoke’s still the minority owner, but she began to transition into a much deserved retirement at the beginning of the year. It became evident very quickly that there was no replacing Emoke, and because of that, our jobs became to carry on what she started.

As she told me, when she was looking for a place to open her bookstore, she decided on Asheville as she was passing through on her travels. Downtown Asheville was desolate back in those days, which meant cheap rent. But over the decades, she grew something special. And if you’ve been to Asheville over the last decade, you can tell how much it’s grown around the store. It shows you the power of a bookstore can have on a community.

Q: How / why did you get into bookselling?

A: It was partially by accident, partially serendipitous. I worked in movie theaters for over a decade, mostly out of a sense of inertia, but also because I love art and being involved in sharing art with people. But, like any job, the wrong workplace can really sour you on what you’re doing. So, one Friday, I decided to put in my notice, I got on social media and asked my friends if anyone had job leads, and my good pal Caroline (a long time bookseller and our current sidelines buyer) mentioned that Malaprop’s was hiring. I managed to get the job and immediately took to it. I had shied away from reading because of the stress of my past jobs, and being around books and authors really reignited something in me. It was the first time in my professional and adult life that I felt like I had a calling. Bookselling tends to have that effect on some people.

Q: What’s your favourite And Other Stories book?

A: I’m a big fan of Alicia Kopf’s Brother in Ice. I’m really drawn to (or a bit obsessed, maybe) with the blending of fiction, memoir and biography that’s currently coming out of Europe, stuff along the lines of Emmanuel Carrère or Javier Cercas. Brother in Ice is such a worthy addition to whatever you want to call this genre (autofiction seems too simplistic?). What I’ve come to realize is that, when I’m reading, I really enjoy being with the author, which is why I tend to gravitate towards more idiosyncratic writers who let their personalities bubble up onto the page. Kopf’s writing fits into this mixing in history and travelogue while sharing her own life with the reader.

Q: What book published in the last year do our readers need to get their hands on?

A: You very politely let me chew your ear off about Larry Brown’s collected short stories, Tiny Love. Brown was one of my first literary heroes, a Mississippi writer my best friend introduced me to, who spoke about the South in an honest, nuanced and human way, a way that didn’t feel like a punchline. It was a revelation to me in a lot of ways, and I’ve given his story collection Big Bad Love to nearly everyone in my life who’s important to me. Since he passed away in 2004, he’s been a bit overlooked, but Algonquin has been doing the Lord’s work by reissuing some of his work. Big Bad Love’s been out of print since I’ve been bookselling, but now it’s finally back, combined with his collection Facing the Music, along with some other pieces. I think his stories are really the best introduction to his work, and I’m excited that I have a new book to give literally everyone.

Q: What would be your desert island book?

A: The title that comes immediately to mind is Bolaño’s 2666. I’ve always preferred The Savage Detectives as far as my Bolaño fandom goes, but 2666 remains the most exhausting and memorable (namely because it was so exhausting) reading experience of my life. Also, I keep meaning to reread it for ages, so hopefully a desert island would give me the free time for that. 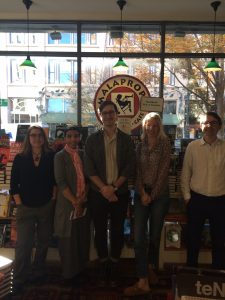 From left: Christine Lavigna, Stephanie Jones-Byrne, and Justin Souther of Malaprop’s, plus Jennifer Baumgardner of Dottir Press and Stefan Tobler.