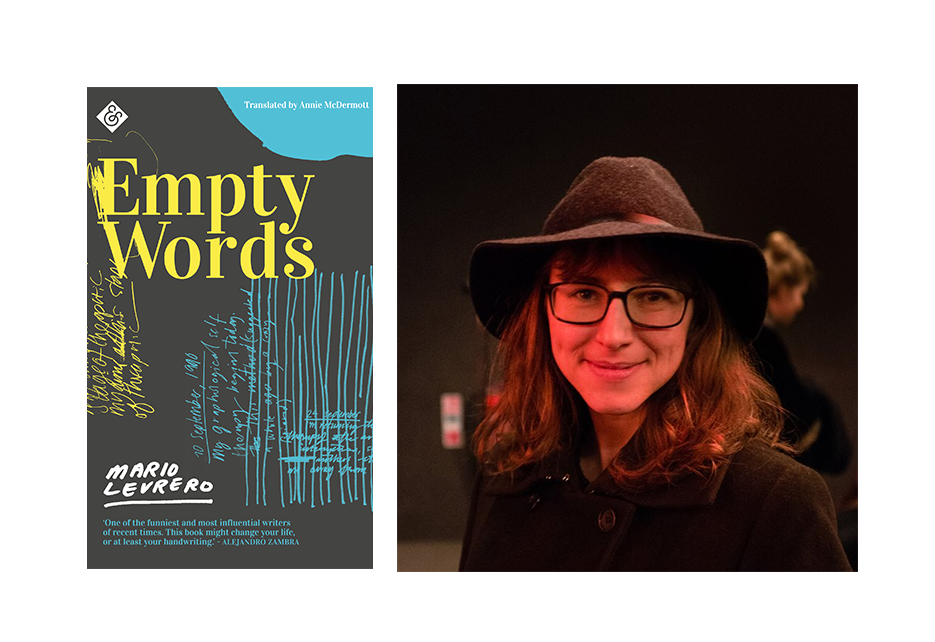 ‘It’s a mistake to expect literature to come only from literary sources.’

When asked by one interviewer to name his influences, Mario Levrero listed Mandrake the Magician, a comic-strip hero who hypnotised his enemies, along with Lewis Carroll, tango music from the 1940s, detective novels, The Beatles and the early days of Tía Vicenta, a satirical Argentinian current affairs magazine. ‘It’s a mistake to expect literature to come only from literary sources,’ he said, ‘like expecting a cheesemaker to eat nothing but cheese.’ The Levrero archive in Uruguay’s University of the Republic is similarly heterogeneous, containing records of homeopathic treatment, a guide to yoga exercises, graphs showing how much time he spent on the computer each day, drawings of the students in his creative writing workshops and a personal set of homemade tarot cards.

In Latin America, it’s said that Chile produces poets, Argentina produces short-story writers, Mexico produces novelists and Uruguay produces ‘los raros’ – the strange ones. Levrero was a raro of the highest order, though he rejected the label, complaining that it meant journalists and critics were forever wanting him to do new strange things. ‘It would be far more interesting for them if, instead of writing, I committed a murder,’ he grumbled in a famous ‘imaginary interview’ he conducted with himself. Still, it’s hard to think of a more fitting category for this uncategorisable writer who refused to be bound by rules or conventions, and for whom the ‘only thing that matters in literature is writing with as much freedom as you possibly can’.

Levrero made his first departure from the conventions of ordinary life at the age of fourteen, when a heart murmur (combined, perhaps, with a dislike of going to lessons) obliged him to stay home from school and spend his days in bed, reading and listening to the tango station Radio Clarín – which, thanks to a system he’d devised involving pieces of string, he could turn on and off without having to get up. He didn’t finish secondary school, and has said that the Guardia Nueva tango club in Montevideo served as his university. It was there, for example, that he first heard about James Joyce, and it also gave him the name for the Guardia Nueva second-hand bookshop he ran with a friend throughout his twenties. Though staunchly apolitical in later life, Levrero was briefly a member of the youth wing of the Uruguayan Communist Party, and was one of the protesters who ended up with diarrhoea after fascists poisoned some chorizo donated to a march in support of Cuba in 1962. (José Mujica, later the president of Uruguay, was on the same march.)**

In 1966, at the age of twenty-six, Levrero wrote his first novel, La ciudad (The City). It was inspired by the work of Kafka: until reading him, Levrero said, he ‘didn’t realise it was possible to tell the truth’, and La ciudad was ‘almost an attempt to translate Kafka into Uruguayan’. From this point on, Levrero wrote some twenty books, among them the dreamlike ‘involuntary trilogy’ of La ciudad, París (Paris) and El lugar (The Place); the rollicking detective novel parody Nick Carter se divierte mientras el lector es asesinado y yo agonizo (Nick Carter Enjoys Himself While the Reader Is Murdered and I Expire), and the autobiographical El discurso vacío (Empty Words) and La novela luminosa (The Luminous Novel, forthcoming from And Other Stories and Coffee House Press) – this last, a book with a 450-page prologue explaining why it was impossible to write the book itself, being widely recognised as his masterpiece. It is astonishing, considering the wildly varied nature of his literary output, that it should all form a coherent whole, and yet it does: everything Levrero wrote is instantly recognisable as his.

The novel Empty Words, first published in 1996, is a perfect introduction to the levreriano, or Levrero-esque. It charts the author’s attempts to turn his life around using ‘graphological self-therapy’: if he can improve his handwriting, he thinks, he’ll be able to improve his personality, ‘transforming a whole plethora of bad behaviours into good ones and catapulting me blissfully into a life of happiness, joy, money, and success’. And yet as he persists with his daily handwriting practice, he comes to realise that the exercises ‘are becoming less calligraphical and more literary as time goes on’. Another kind of text is trying to break through: ‘a flow, a rhythm, a seemingly empty form’ is guiding his hand, and he finds himself continuing to write without knowing what it is that he’s writing, hoping to uncover the mystery of this ‘empty’ text as he goes.

This is pure Levrero: for him, writing is both a mystery to be solved and a means of solving it; at once a tool for exploring the Unconscious and a by-product of those explorations. Also typically levreriano is the way his efforts to understand this mysterious force are discussed in the same breath as his attempts to give up smoking, complaints about the weather, accounts of his dreams, investigations into the inner workings of his computer and musings about the behaviour of his dog. Levrero writes about all these things in the same unmistakable voice, combining an earnestly matter-of-fact desire to make himself clear with a sardonic, deadpan and fantastically absurd sense of humour. Here he is on his worsening mental state: ‘I can feel myself getting more anxious by the day, at a rate I can even represent graphically by means of a curve showing my daily intake of cigarettes.’ On (short-lived) improvements to his daily routine: ‘Allow me to record, so it’s known in the centuries to come, that I’m writing this at eight-thirty in the morning.’ On trying to program the computer to make sounds: ‘After a while, I managed to bring about some interesting bird-like cheeping’. And practising writing the letter r, which he finds particularly troublesome: ‘rhododendron, rower, sombrero, bra strap, parricide, reverberate, procrastinate, corduroys (I repeat: corduroys).’

Throughout his literary career, Levrero resolutely denied that he had any such thing. He shied away from publicity, rarely left his house or even answered his doorbell towards the end of his life, and used to boast that he was impossible to interview because his voice didn’t show up on audio recordings – which he made sure of by speaking in an indecipherable murmur as soon as anyone switched on a tape recorder in his vicinity. And yet, despite his best efforts, he became something of a cult figure in Uruguay and Argentina during his lifetime. Enthusiastic readers and friends went to great lengths to get his work published, and his legendary literary workshops, which focused on liberating the imagination, produced hundreds of students who consider themselves his disciples. Ever since the publication of La novela luminosa in 2005, one year after his death, he has been heralded as one of the great Latin American writers of the twentieth century, and it’s been an honour and a joy to translate him.