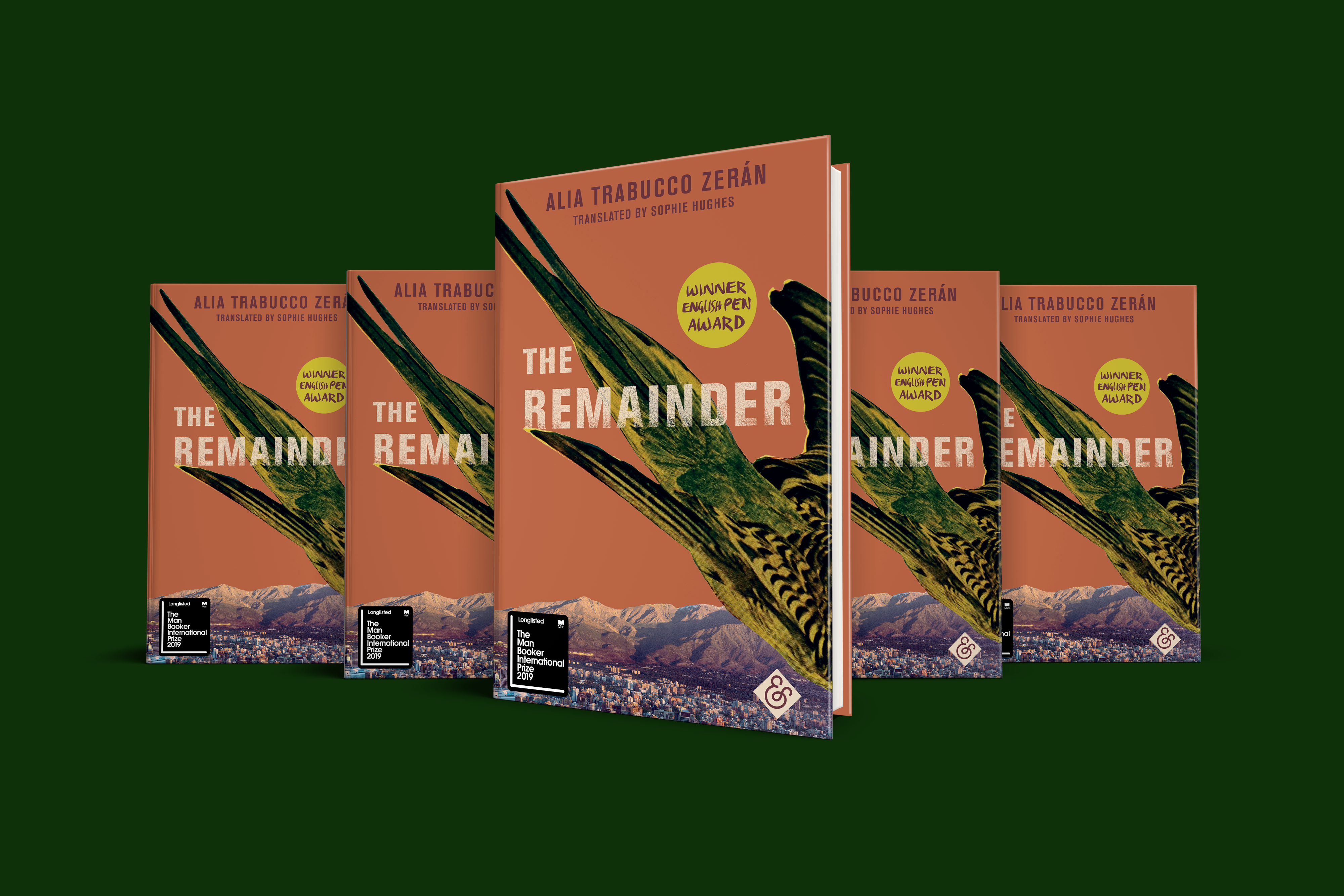 A huge congratulations to Alia Trabucco Zerán whose debut novel The Remainder has made the Man Booker International longlist and to her translator Sophie Hughes. Alia and Sophie join an esteemed list of authors and translators and we are thrilled to see so many independent publishers on the list.

Jokes for the Gunmen by Mazen Maarouf (Iceland and Palestine), translated from Arabic by Jonathan Wright (Granta)

Mouthful of Birds by Samanta Schweblin (Argentina and Italy), translated from Spanish by Megan McDowell (Oneworld)

The Faculty of Dreams by Sara Stridsberg (Sweden), translated by Deborah Bragan-Turner (Quercus)

Drive Your Plow Over the Bones of the Dead by Olga Tokarczuk (Poland), translated by Antonia Lloyd-Jones (Fitzcarraldo Editions)

The Shape of the Ruins by Juan Gabriel Vásquez (Colombia), translated from Spanish by Anne McLean (MacLehose Press)

The Remainder by Alia Trabucco Zerán (Chile and Italy), translated from Spanish by Sophie Hughes (And Other Stories)

When asked how it felt to be longlisted for the prize, Alia Trabucco Zerán said: ‘Seeing The Remainder on a list with extraordinary writers from such diverse places is an honour. The Remainder was in my mind for a long time even before I felt I could write it, so to see it travel and transform like this is unexpected and really beautiful.’

You can read the full interview here

Our subscribers received their early copies of The Remainder back in August, two months before its publication. If you would like to be the first to get your hands on some of our brilliant new books, you can join our subscribers here.