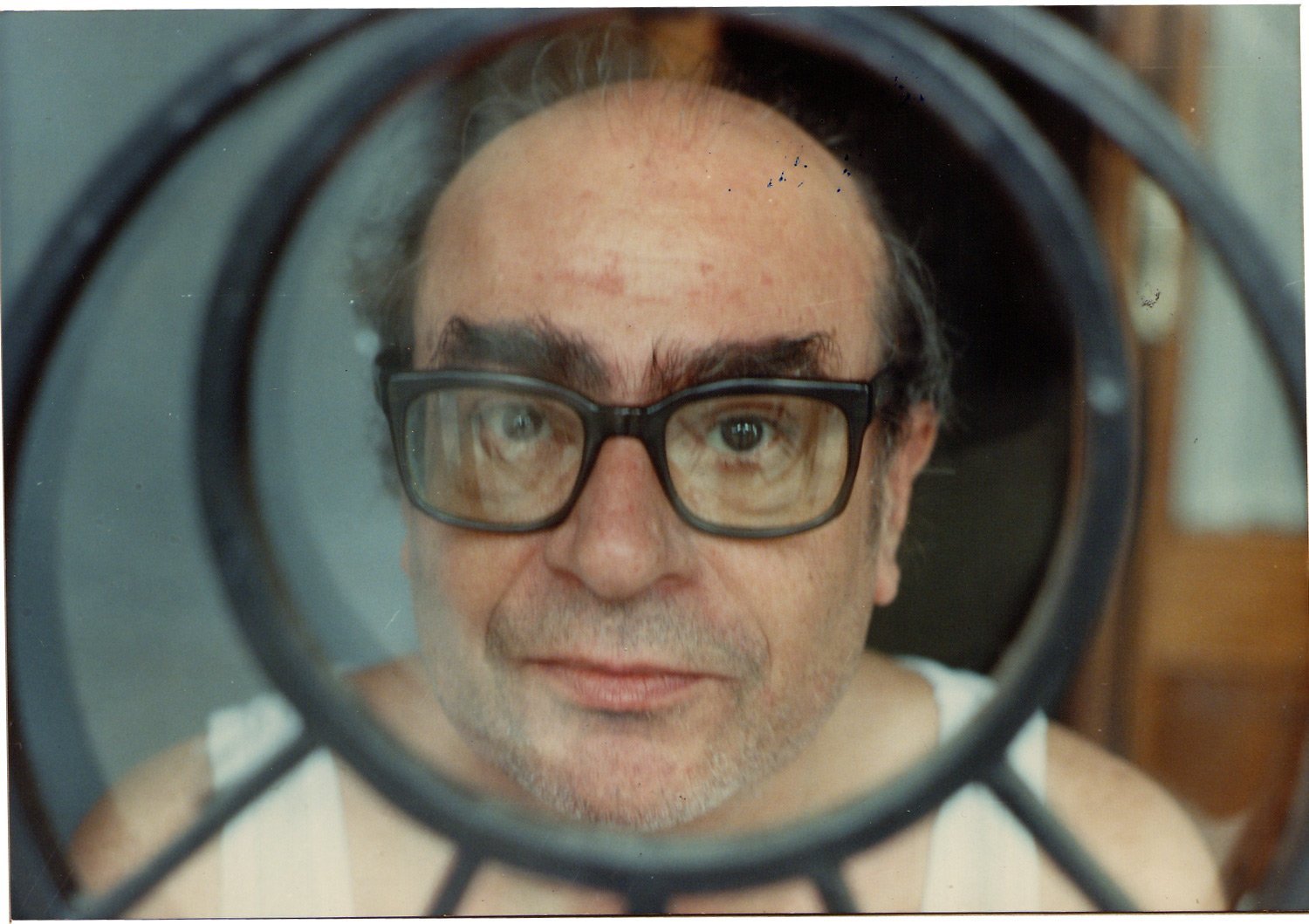 I first realised these novels were no ordinary translation project when I encountered one of the characters on an online grammar forum.  In response to a question about a phrase from Levrero’s Empty Words, one user had replied: ‘I can’t resist!  In The Luminous Novel, Levrero refers to his “friend from Chicago”.  That’s me.  We go way back.’

During his lifetime, the Uruguayan writer Mario Levrero (1940-2004) was at the centre of a small universe.  Although his books were difficult to get hold of, his legendary literary workshops, which followed an ‘unmethodical method’ designed to put people in touch with their imagination, produced hundreds of students who consider themselves his disciples.  A constant stream of people used to visit him in his Montevideo apartment to seek his advice, discuss literature, lend him books, teach him yoga, bring him Tupperware dishes full of pea stew, and so on and so forth.  (They knew to ring the bell labelled ‘Doctor Turcio’ – Levrero, famously reclusive, didn’t change the name by the front door when he moved into the apartment.)

When I found myself translating two of Levrero’s autobiographical novels for And Other Stories, I knew I wanted to travel to Montevideo and explore this universe for myself.  It didn’t take long to find it: from my Airbnb landlady reminiscing about taking part in one of Levrero’s workshops to the septuagenarian owner of a bar in the Old City giving me an enthusiastic thumbs-up when I asked what he had been like, I felt I was on his trail from my very first days.  And so it continued: I drank beer with Levrero’s stepson Juan Ignacio, one of the main characters in Empty Words; took one of Levrero’s literary workshops with an ex-student of his who continues to run them; went with Levrero’s son Nicolás (a professional astrologer) to see a play based on one of his short stories; was interviewed on a radio program named after another of his stories; met a professor planning to use material from Levrero’s workshops to train modern language teachers in Uruguay; and bought a very fetching pair of Levrero-themed socks.

In the process, I learnt about the many sides to this legendary figure of Uruguayan literature.  Juan Ignacio described having to creep around the house without making a sound all morning, so Levrero could sleep until noon uninterrupted.  One character from The Luminous Novel recalled how assiduously Levrero sought the permission of everyone who appeared, however briefly or pseudonymously, in the book.  The novelist Daniel Mella (recently published in English by Charco Press) told me about being summoned to Levrero’s apartment at the age of twenty-two to discuss the manuscript of his second novel, and being astonished by the writer’s shabby, stained clothes and spartan living arrangements.  I learnt how many people had dreams about Levrero after his death – dreams that were later gathered into a ‘collective oneiric novel’.  (‘Have you dreamed about Levrero yet?’ was one of the first questions Pablo Silva Olazábal, author of Conversations with Mario Levrero, asked me when we met.  And as a matter of fact, I had.)  I frequently heard that Levrero didn’t have readers the way most writers do; he had die-hard fans, like a musician, or even followers, like a kind of spiritual leader.

What does all this mean for the translation itself?  Well, for one thing, it’s a surreal luxury for any translator to visit the house where a novel they’re translating is set and meet the characters who lived in it.  (The house in Empty Words, incidentally, is now the Le Vrero bed and breakfast, which I was shown around by a somewhat disgruntled member of staff who told me their guests are more interested in Borges than Levrero anyway and I should be translating him instead.)  More than that, however, it reminded me that Levrero was a real person, and that his books were written by a real person, and that being let loose on someone’s life’s work as a translator is an alarmingly big responsibility.  I left Uruguay determined to listen even more closely to his writing, and to ensure there’s room in my translations for all its contradictions, complexities and eccentricities.  The Levrerian universe is strange and full of surprises, and I can’t wait for English-language readers to discover it for themselves.

Thanks to Somerville College, Oxford, for the Alice Horsman Scholarship that funded my trip.

Empty Words publishes 13th June 2019. Subscribe to 2, 4, or 6 books by 20th January to receive it as your first subscriber book two months before it’s official publication.