Home Ampersand One Lange leads to another: on finding and translating Norah Lange’s People in the Room 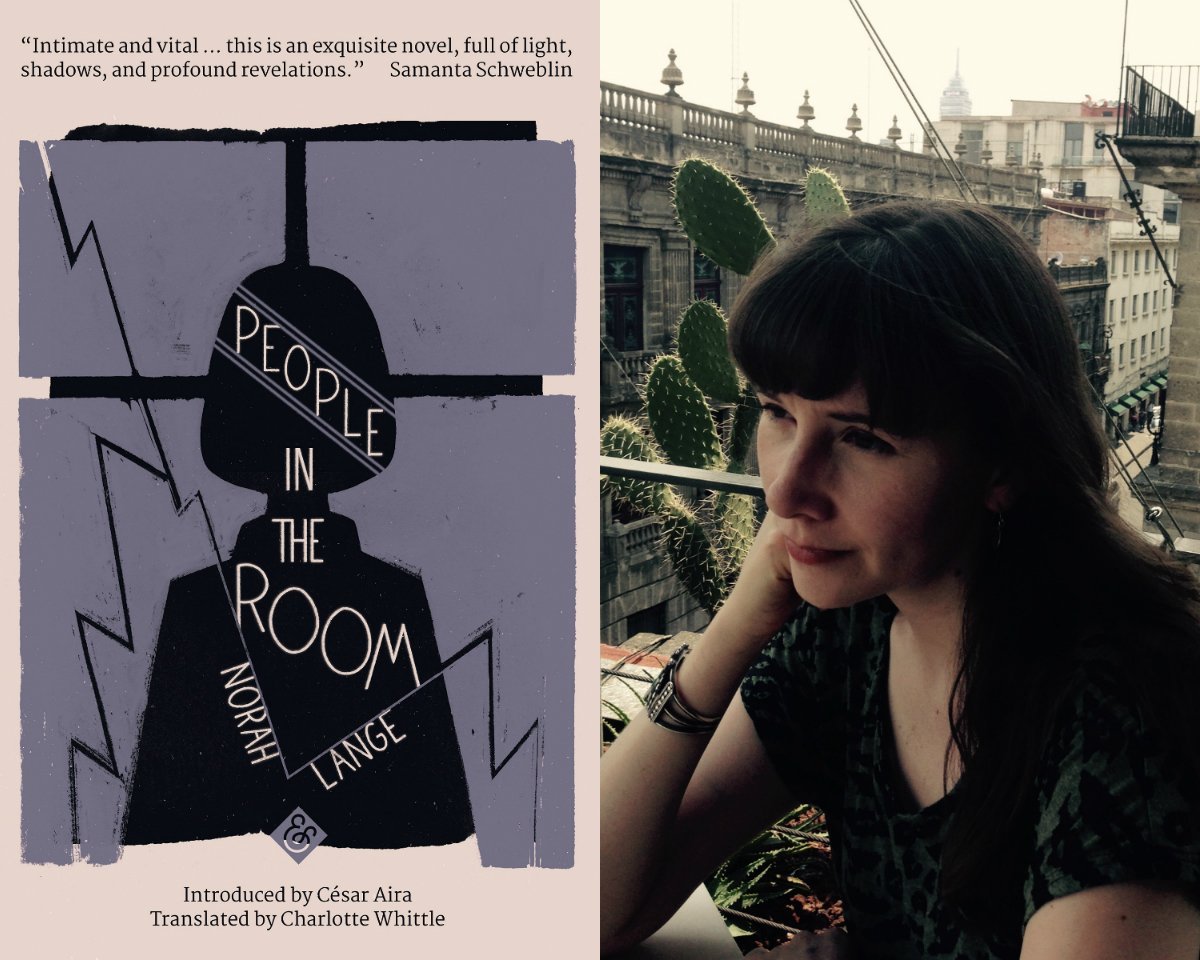 When I was doing graduate work in Hispanic Studies, I met and became friends with a writer whose name was Nora Lange. Nora Lange had just moved into an apartment with some upstairs neighbours from Argentina, who asked her if she was familiar with the work of the Argentine writer, Norah Lange. Nora Lange was captivated by the idea that there was a writer in the Southern Hemisphere from whom she was separated by only an ‘h.’ (In fact, Norah herself had added the “h” to give her first name a final flourish.)

When Nora Lange asked me about Norah Lange, I had never heard of her, but I was intrigued; as a student of literature in Spanish, I was all too aware of how male-dominated the Hispanic literary canon can often seem. I was even more intrigued when I began to learn of Norah Lange’s background: she’d been closely associated with a number of major male writers, including Borges and the poet Oliverio Girondo, both of whom I’d read, without ever coming across the woman who, according to literary legend, was at the heart of their rivalry. I remember asking my academic advisor at the time – a prominent scholar of Latin American literature – about her: his reply was that she’d been ‘completely forgotten.’

This was soon after Edwin Williamson’s biography of Borges had been published, where Norah Lange is described as a flame-haired Scandinavian beauty who tormented the young Borges and went on to ‘inspire’ some of his most essential writings. But there was little exploration of Norah’s work there, except for a few instances where her early poetry is mined for evidence of her relationship with Borges. In reality, the two were distant cousins by marriage, and while Borges may have been infatuated with Lange, there’s no real evidence that their attachment progressed beyond friendship. But in my early research I often found Lange described first as the ‘Muse of Ultraísmo,’ or ‘dama de la vanguardia,’ with her writing being relegated to second place. Nora Lange and I began to co-translate some of Norah’s early poems, written in the Ultraísta mode championed by the young Borges. In his prologue to Norah’s first book, La calle de la tarde, he enthused about ‘the double brilliance of her hair and her haughty youth,’ describing her as an enchanting ‘fifteen-year-old-girl,’ even though by that time she was several years older.

It was on a trip to Buenos Aires a few years ago that I was able to track down Norah Lange’s complete works (which were finally published in 2005-6), and was seduced by the unique authorial gaze and haunting prose of her later work. I came to realise that as a figure in Argentine literary mythology, Lange is familiar to many, but she is read mainly by a dedicated few. After her youthful friendship with Borges and her involvement in Ultraísmo, Lange went on to be a prizewinning author who enjoyed the respect of her peers and whose novels were well-received in her lifetime. Although several of her books were long out of print, this wasn’t a case of an unpublished manuscript that languished for years in an old trunk, gathering dust, and was suddenly and miraculously rediscovered. In her lifetime, Lange’s works were published, reviewed, and lauded, but her reputation as the muse of Ultraísmo, as a ‘Valkyrie,’ a ‘Scandinavian beauty,’ seems to have so often preceded the consideration of her works, that as K.M. Sibbald writes, she became ‘a victim of her own legendary literary status.’ So it isn’t quite accurate to say that Lange was ‘completely forgotten’; it’s almost as if, like the mysterious women the narrator of People in the Room observes through their window, the curtains left undrawn, she was hiding in plain sight.

‘We never close the curtains. We’re of no interest to anyone,’ says one of the women in the house across the way. But the seventeen-year-old narrator, who watches them obsessively, hides behind her own curtains, peering surreptitiously across the street. As Carola Moreno writes, there are two visual layers at work: ‘Lange manages to transform the reader into a spy of the voyeur.’ People in the Room is a profoundly visual novel, but one where the view is often partial. As I translated, I tried to put myself in the place of the voyeur, to see what she was seeing, while also receding into my own hiding place; sitting at my desk, I myself felt like a spy, peering out of my own window at the narrator gazing from hers.

There’s no question that Lange’s utterly beguiling work deserves more attention. When I first encountered her novels and memoirs, I was truly surprised to learn that she hadn’t been translated. People in the Room made me want to step into the drawing room, look through the narrator’s eyes, enter into her game of spying, gazing, and keeping watch. While initially, I was taken in by Lange’s eccentric narrator and her enigmatic style, I came to see the lack of English translations as part of a broader landscape in which women writers have often been relegated to the margins, and the vexing question of Lange’s reputation as ‘muse’ as part of the larger problem of how the canon of Latin American fiction has been constructed. I was an early subscriber and fan of And Other Stories, and when I began to translate People in the Room, it occurred to me that they might be interested in Lange’s writing, so I pitched the project, and here we are. And Other Stories’s Year of Publishing Women is just the kind of initiative that can bring greater visibility to writers like Lange. It’s thrilling to give readers a chance to peer through the window into her work.