Home Ampersand Our Creativity is Boundless 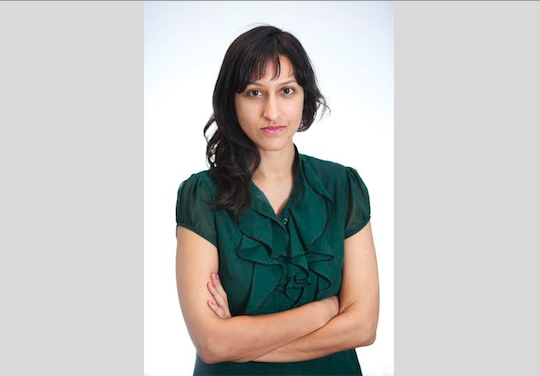 Arifa Akbar on Creating a Literary Magazine from Scratch

In the third of our monthly(-ish) insights into the publishing world, journalist and editor Arifa Akbar tells us about the process of setting up a new online literary magazine

The first day of my job as the Head of Content at Unbound was much like any other other ‘first day’ experience: I spent it figuring out where the toilets were, creating new passwords and having a fight with the photocopier.

The following morning, I had a meeting with Unbound’s co-founder, Dan Kieran, and its Head of Product, Hannah Whelan. An hour later, I was pronounced the launch editor of Boundless, a high-quality online magazine for long-form writing that Unbound would launch, invest in, and nurture, but which would remain editorially independent from Unbound the publisher.

The vision was of a literary site that would celebrate books, ideas and good writing. Dan used the Greek word ‘autotelic’, which (I have since learned) is a thing undertaken for its own sake. In other words, this wasn’t about marketing, or advertising revenue, or money-making. It was about the pleasure and purpose of words and books.

Unbound had been thinking about it for months and had now decided that it was urgent in a world in which traditional books coverage was attenuating or producing predictable material, written for the same old people by the same old people, and always attached to whichever book a publisher was trying to punt.

I knew the limits of traditional literary journalism only too well – the newspaper on which I had worked for fifteen years had folded in physical form a year ago and so had almost all of its books coverage with it. I found myself increasingly turning to American online sites for the most interesting writing on books.

So what Unbound proposed was thrilling to me. I came out of the meeting fizzing with excitement. I would be free to commission whatever I wanted, as long as it was truly thought-provoking. I wasn’t tasked to consider ‘clicks’ or be a slave to internet analytics. The more quirky and counter-intuitive the better, they said.

It was the dream job for a books editor, but all the same, I hit the ground running. We were due to launch around October and we had yet to design the platform or commission its content. We had to act quickly.

Dan dreamt up the name – ‘Boundless: Liberating Ideas.’ Hannah helped to recruit a designer who would focus on building the site and erected a visual board filled with the design suggestions; Dan had already secured investment and ring-fenced a budget that exceeded the one I had to work with on The Independent. John Mitchinson, Unbound’s co-founder, had built up the hugely revered Backlisted podcast, which would be part of Boundless. The rest was up to me.

I set to work. I didn’t just want to rely on the usual publishers’ catalogues for my inspiration and so I sat and thought for a while. I had just reviewed a debut novel about a fist fighter by Fiona Mozley, a 29-year-old gay woman. Her book, Elmet wound up on the Man Booker longlist. I contacted her and she agreed to write a long read for us on fatal masculinity and the figure of the Goliath in literature.

More material came fast and furiously: a Q&A with Jonathan Coe (he is publishing an illustrated fable with Unbound); pieces by Jenny Erpenbeck, Andrew Solomon, Preti Taneja, on the books that have most marked each of them for a weekly slot called ‘Book of a Lifetime’, which used to feature in The Indy.

Alex Clark is interviewing Siri Hustvedt; I am producing a podcast from a live conversation with Roddy Doyle at the Henley Literature Festival; Meike Ziervogel is writing of her experience at the Shatila refugee camp in Lebanon where she is teaching creative writing – in Arabic; Jo Glanville is writing about an archive of letters by Josef Mengele; Damian Barr is mediating on the pleasure and pain of finishing a book. Ali Smith will write an essay. So will David Olusoga (pictured below). The best and edgiest known voices will come together with the best unknown ones.

This is a beginning. There is still much to do. All commissions must come in and then be carefully edited. Images must be found. A social media team at Unbound must push the material out. The site must evolve as we go, both in design and content. There are bigger, wackier ideas, but we are taking small steps, as we must, to lay down firm foundations.

It’s a serious endeavour which requires serious thought and work. It helps to be part of a company that truly values creativity, and which had an idea to create literary content in a world with diminishing column inches on books and ideas, purely for the sake of it.

Arifa Akbar is Head of Content at Unbound and launch editor of its online literary magazine, Boundless. She is also a freelance journalist and critic for the Financial Times, the London Evening Standard and Sky News. She is the former literary editor of The Independent, where she worked from 2001 until 2016 as a reporter and arts correspondent before joining the books desk. She is the curator of ‘M-Fest’, a Muslim festival of books and ideas launching in April 2018 at the British Library in London, and a trustee of the Orwell Foundation.

Writing community in Keeping the House: A conversation between Tice Cin and Max Porter

Book Tip of the Month: Cut From the Same Cloth? Muslim Women on Life in Britain. Ed. Sabeena Akhtar